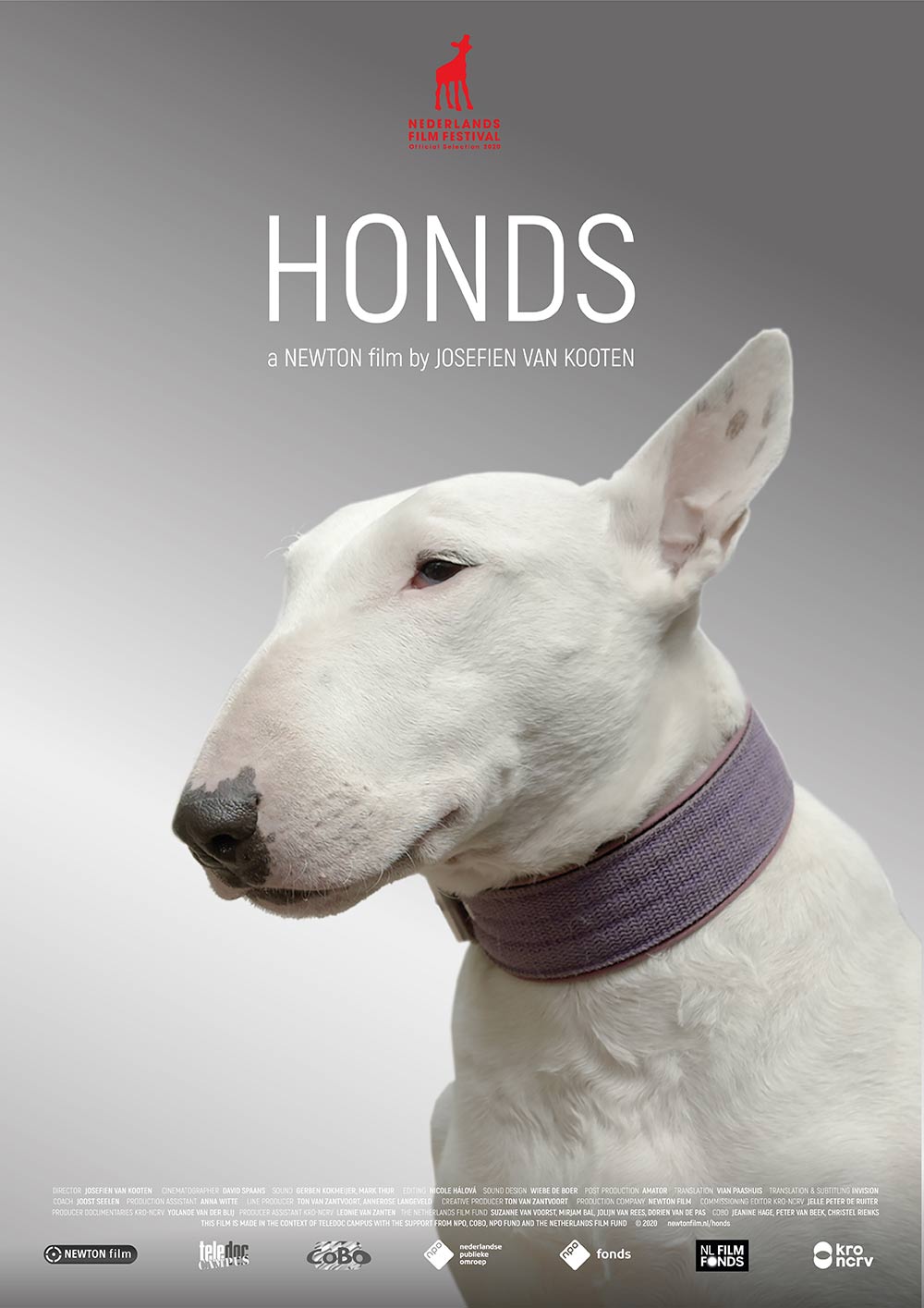 HONDS premiere and screenings at the Dutch Film Festival

Our short documentary HONDS by director Josefien van Kooten will have its premiere in the Golden Calf Competition at the 40st Dutch Film Festival, which will take place from September 25 to October 3rd in Utrecht.

In addition to the premiere on Saturday 26 September, the film will also be shown on the big screen in the New Faces program. Unfortunately these screenings are already sold out. Due to Corona, fewer people can enter the venues and therefore the Festival can also be visited online.
The film will be available on demand for 2 days during the festival.

HONDS will also be screened four times at the Natlab in Eindhoven as part of the NFF Next program on Saturday 3 October at 14:00 and 16:00 and Monday 5 October at 6:30 and 20:00. Afterwards there is also a Q&A with the director.

This film is made in the context of Teledoc Campus with the support from NPO, CoBO, NPO Fund and the Netherlands Film Fund.

Tragicomic observational documentary that shows the complex relationship between humans and dogs. People that have problems with their dog come to dog whisperer Ron for help. Their dogs often cause many problems; they refuse to listen, show anxious behaviour, or are aggressive and bite. It seems not the dogs, but the owners themselves that need further training. In observing long shots we see how dog owners struggle with the complex relationship between man and animal. The love for our dogs often runs deep, but so does our wish (and necessity) to make them obey us; which might only be possible if we become more like a dog ourselves.