SHEEP HERO AS ‘NO WAY’ IN FRENCH CINEMAS 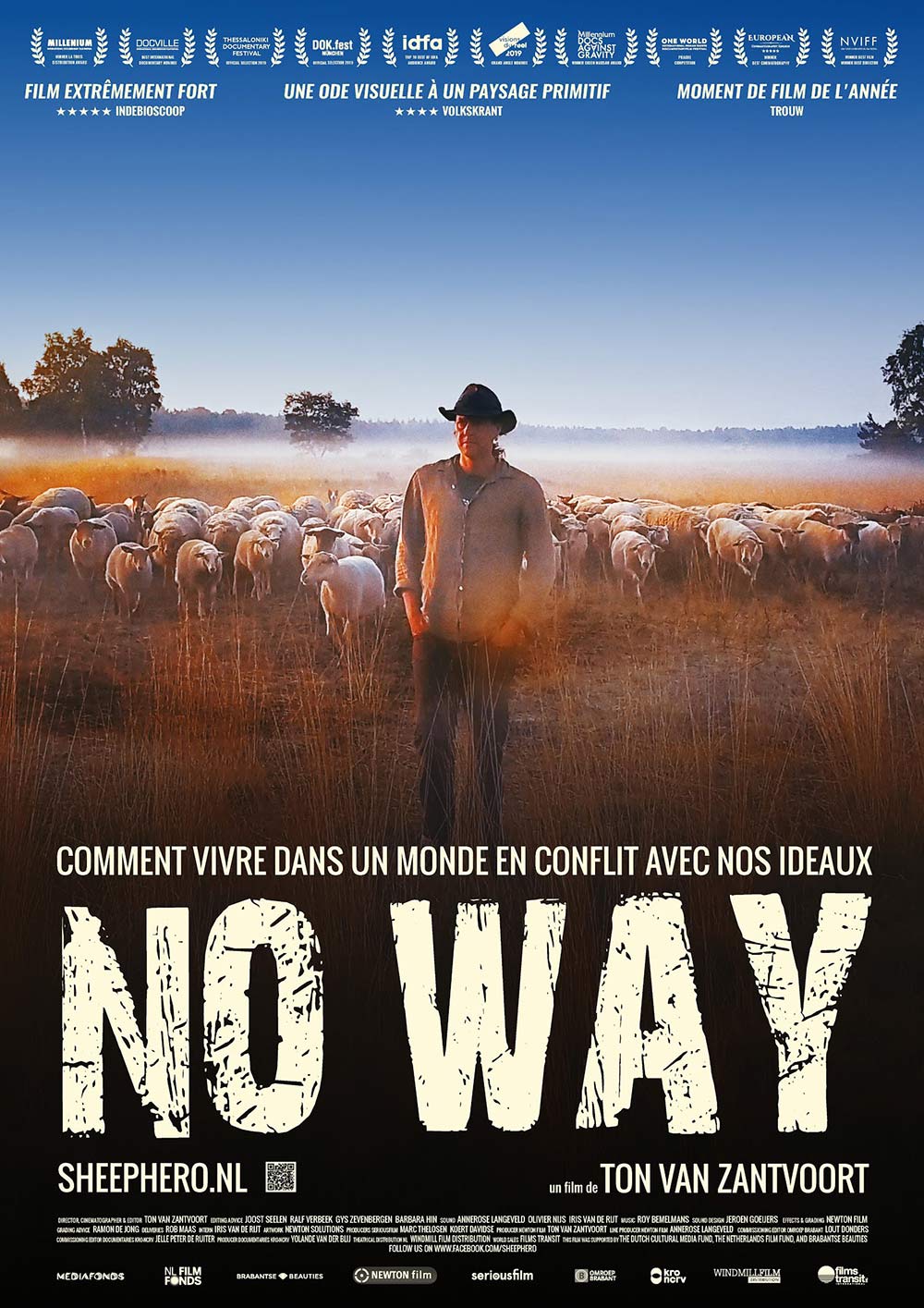 SHEEP HERO RETITLED AS NO WAY IN FRENCH CINEMAS

The French theatrical release of SHEEP HERO kicks off on October 14th. Due to the Covid-19 pandemic, the release was delayed for a long time. The film will be shown in various cinemas across the country as NO WAY. The premiere will be launched in one of the best movie theatres in Paris, the 109-year-old Espace Saint-Michel, that will screen the film for about 10 weeks.

Who wouldn’t want to live in harmony with nature as free as possible from financial and social constraints? This film’s protagonist is a shepherd who despite small accomplishments has to finally admit failure after numerous setbacks. The film accompanies him documenting his futile struggles for economic survival. His everyday life is ruled by constraints and regulations, legislation and poverty that leave no room whatsoever for idealism.
His story is contrasted by great images of Dutch Brabant and its largely intact nature. But nothing is as it appears. Stijn Hilger’s lonely struggle is a metaphor for a society that promotes close-to-nature agriculture but forgets its needs and does not subsidize it – declaring it a world cultural heritage instead. This documentation filmed over several years brings that home to us.
The complexity of this film debut is impressive. The Newcomer Award goes to Ton van Zantvoort for Sheep Hero 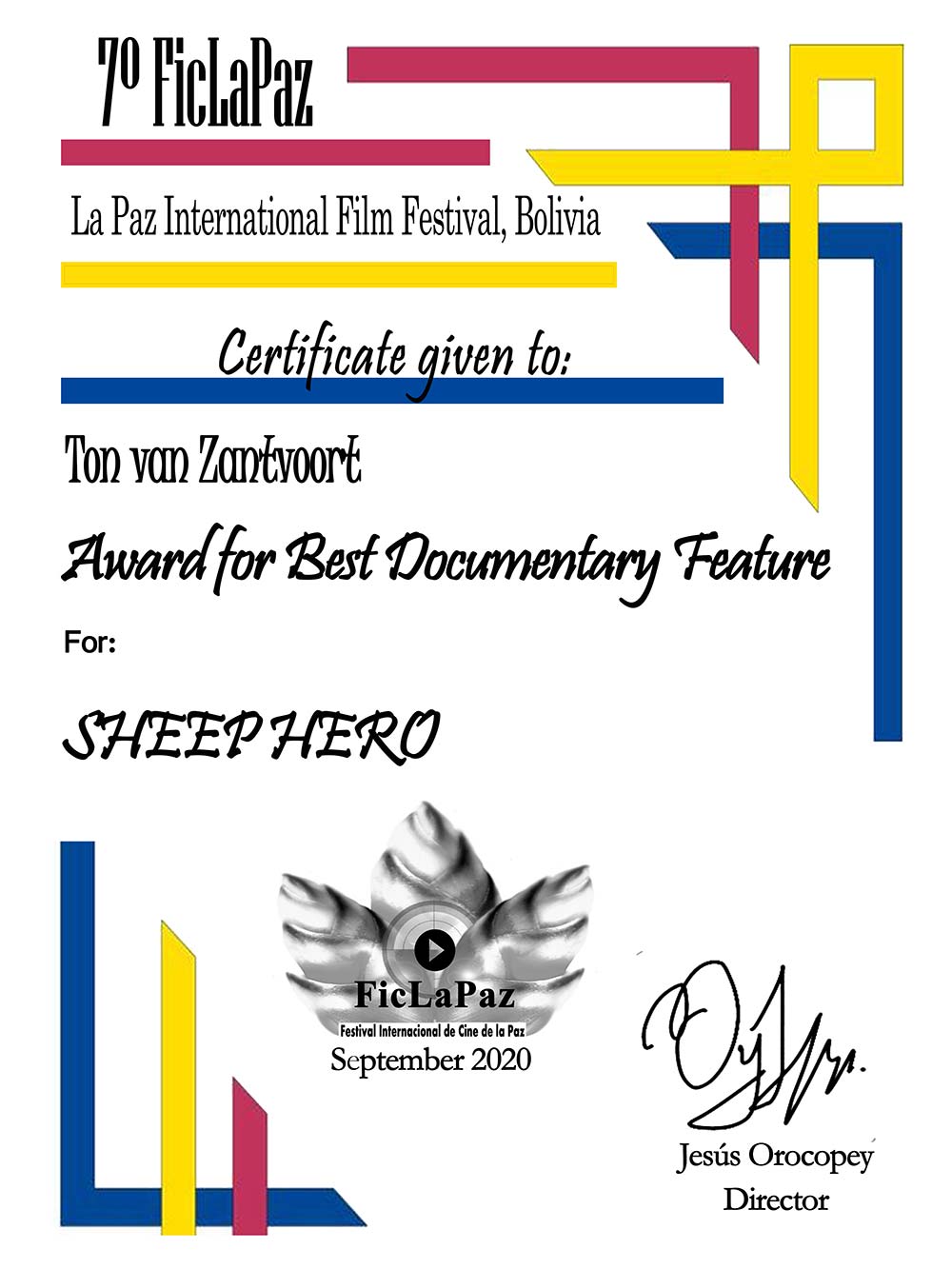 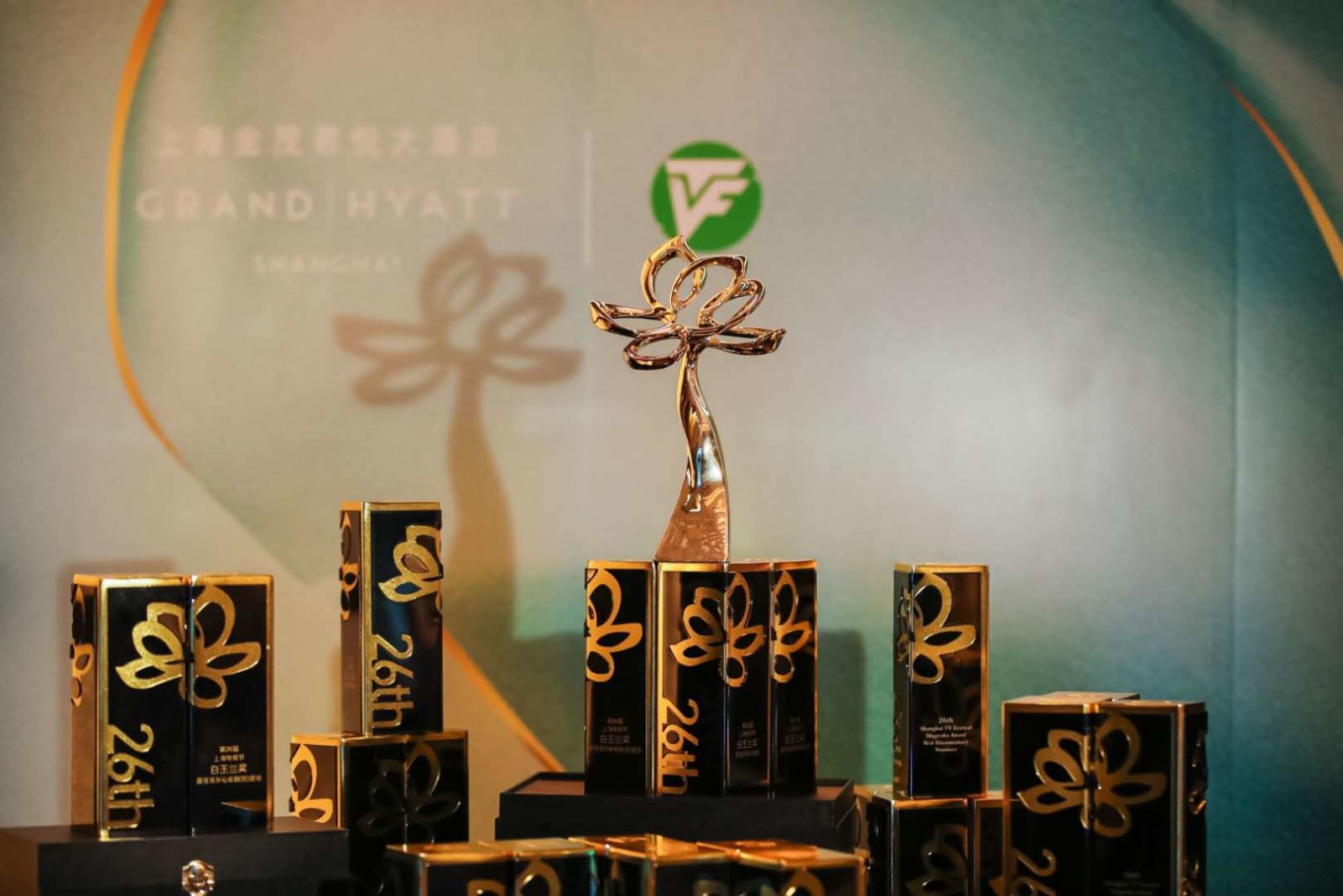 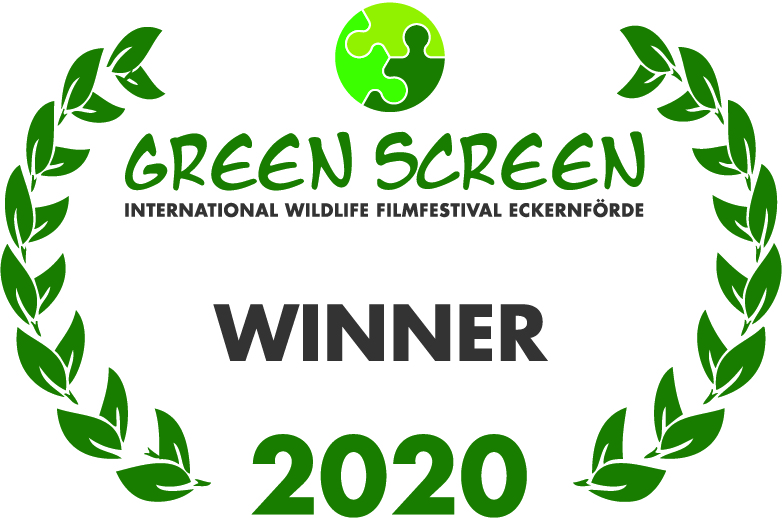